The Capital of the Muttack Kingdom and the present Commercial Capital of Assam – Tinsukia, Assam, India! 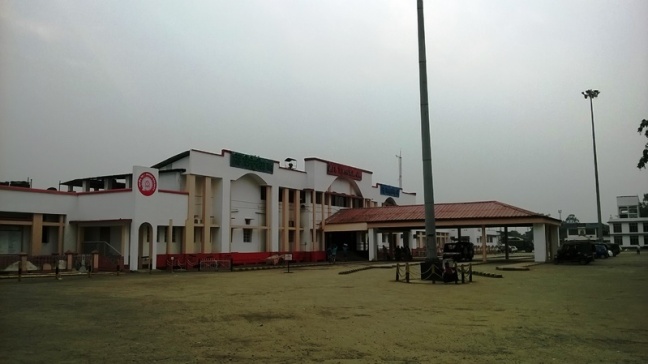 Many of our readers might have heard about the State of Assam in India and some might have even visited to sight the pride of Assam at Kaziranga – the ‘One Horned Rhinoceros of Assam’. It is no doubt that people would carry back one memoir from Assam that this is indeed a beautiful State! It is our quest to bring forth to the World that Assam’s beauty is not only limited to Kaziranga and the spectacular drive from Guwahati to it. Our State has many a story to narrate to showcase its rich culture and history. From the legends of the Kamakhya Temple to the Architectural Marvels of the Ahom Dynasty at Sivasagar. From the finest Tea Estates in the World to the its history in playing a pivotal role in the victory of the Allied Forces in World War II at the Stilwell Road. From the Grandeur of its five (5) exotic National Parks to the Rich Cultural Heritage of the World’s Largest Inhabited River Island at Majuli. From the Silk Town (Manchester of the East) of the World at Suwalkuchi to the World’s smallest river Island at Umananda. From Asia’s Oldest Refinery and Plywood Factory at Digboi to India’s largest Road Bridge and Road cum Railway Bridge at Sadiya and Dibrugarh. From the always welcoming Tribes of Assam to the perfect Ecotourism Getaways and Tribal Cottages, the journey across this State will indeed leave any visitor mesmerized and not to forget, we at Jungleideas will ensure to adopt all possible measures for your visit here to be the most memorable experience of your lifetime!

During your journey across Assam one must halt is at the Commercial Capital of Assam – the busy town of Tinsukia. Although a quick glance would seem it to be just like a normal modern day city; this place has been an important landmark in the history of Assam. Tinsukia was the capital of the one of the mighty empires of Assam after the Ahoms – the Muttack Kingdom founded by Swargadeo Sarbananda Singha. During his rule Swargadeo Sarbananda Singha instructed his Minister Gopinath Barbaruah to dig a triangular pond which later came to be known as Tinikunia (meaning Triangular) Pukhuri (meaning Pond). In the year 1884, a Railway station was constructed near this pond, when the historic Dibru-Sadiya Rail line was laid by the Assam Railways and Trading Company (AR&T) Limited during the British Raj. This Station was named as Tinsukia and since then this has been known as Tinsukia. The railway junction at the Tinsukia Station is the largest in North East India. Tinsukia proves to be an important connecting point on your journey to Digboi (Oil town of Assam), Sadya (India’s Longest Bridge), Margherita (the Coal Queen of Assam), Stilwell Road and the State of Arunachal Pradesh (the Namdapha National Park and the Pangsau Pass).

Places of interest in and around Tinsukia and its onward journeys are:

Jungleideas welcomes you to India’s North East to visit the Capital of the Muttack Kingdom and the present Commercial Capital of Assam – Tinsukia, the State of Assam, Incredible India!